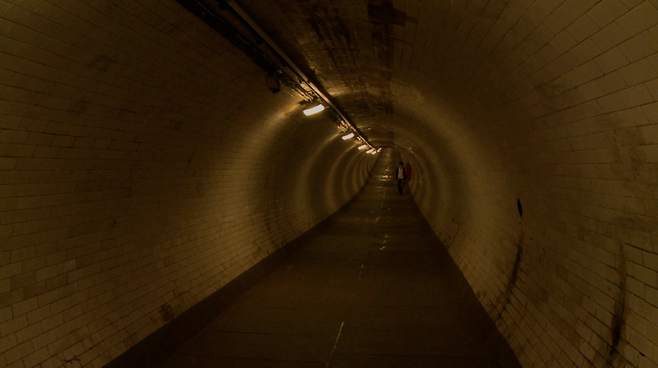 Ektoras Arkomanis teaches History and Theory of Architecture in the CASS School of Architecture, London Metropolitan University. He has published essays about architecture and articles about films of urban interest, and is currently working on a book on the subject of films and cities. He also teaches a postgraduate course called Cinema and the City, which gave him the idea for Another London. 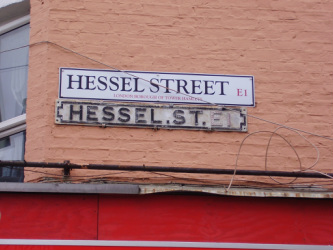 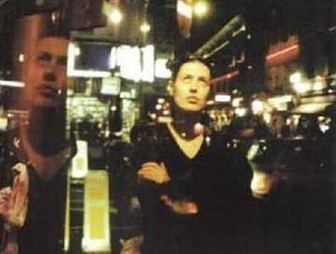 Charlotte Brunsdon is Professor of Film and Television Studies at the University of Warwick, and author of London in Cinema: the Cinematic City since 1945 (BFI, 2007) 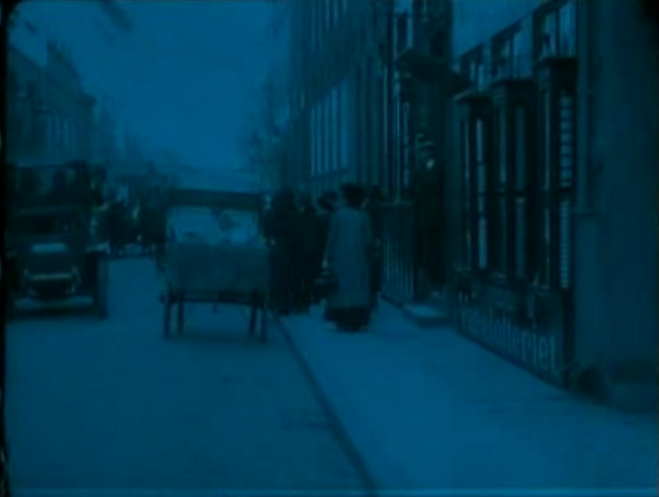 København ved Nat (1910)
Thomas Christensen: ‘Mapping Early Films: Copenhagen as a Case’
Thomas C. Christensen is curator at the Danish Film Archive. He has been putting early Danish films online, and 'mapping' them onto the locations where they were filmed, contributing towards a cinematic map of the city in past times. He is project leader for the European Film Gateway, an initiative for creating a single entry point for digitised European film heritage, and secretary-general of the Association of European Cinematheques. 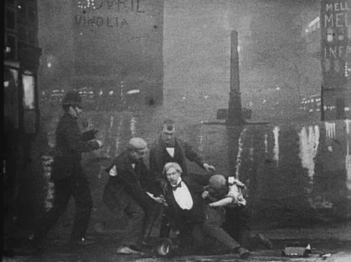 Footpads (R.W. Paul 1896)
﻿Ian Christie: 'Drab Streets: London Crime Scenes'
Ian Christie is professor of film and media history at Birk­beck College, and a fellow of the British Academy. He has written and edited many books on Russian, British, and American cinema, including Arrows of Desire: The Films of Michael Powell and Emeric Press­burger, The Film Factory (coedited with Richard Taylor), and Scorsese on Scorsese (coedited with David Thompson). 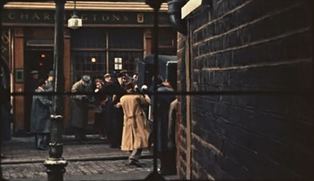 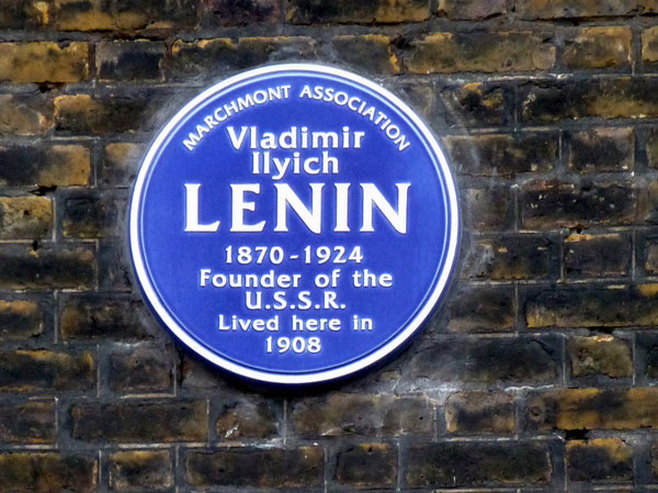 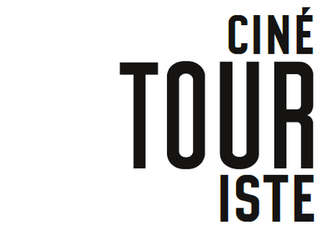 Roland-François Lack teaches French and film at University College London. He is the creator of The Cine-Tourist website, devoted to maps in films and local cinema. 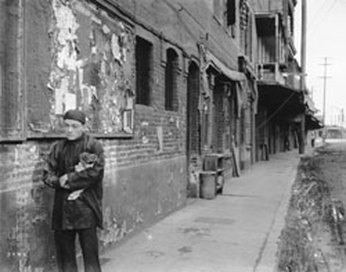 ﻿Karolina Kendall-Bush: ‘Location Limehouse: Visiting the Streets of London’s Lost Chinatown’﻿
Karolina Kendall-Bush is Teaching Fellow on the MA in Film Studies at UCL. She has recently completed her doctoral thesis on ‘Walking Pictures: The Ambulatory Experience of London in Walking Tours and Film, 1880-1939’. 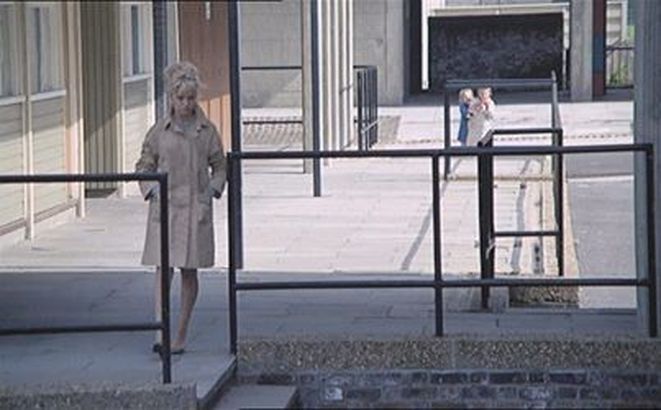 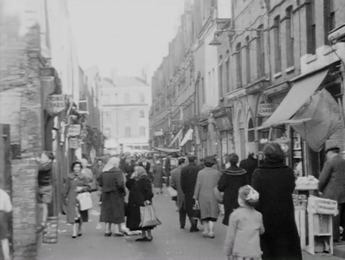 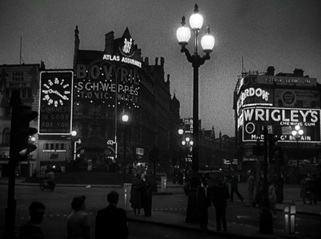 Robert Murphy: ‘An American in London: Jules Dassin and Night and the City’
Robert Murphy is Emeritus Professor in Film Studies at  De Montfort University. He is currently writing Shadows Are My Friends, on the noir tradition in British cinema. 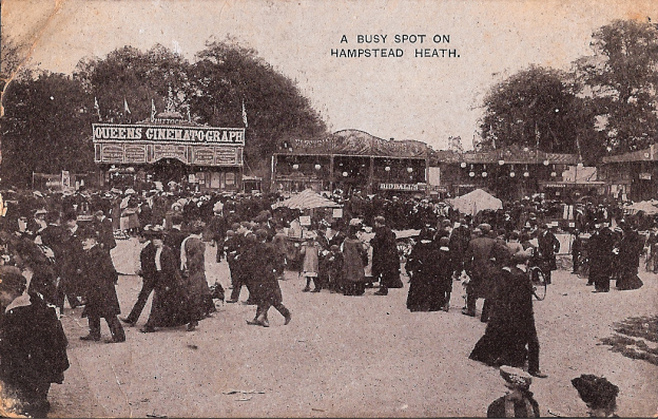 Chris O'Rourke: ‘In the Streets of Film-land: Locating London’s Cinema History’
Chris O'Rourke is a Research Associate in the Centre for Humanities Interdisciplinary Research Projects (CHIRP) at University College London. 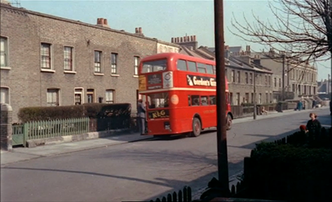 The Horse's Mouth (Ronald Neame 1958)
Aileen Reid: ‘Battersea in Film: a Case of Location Anxiety?’
Aileen Reid is an historian on the Survey of London, which since November 2013 has been a permanent research project in the Bartlett School of Architecture, UCL. She was a research associate on the Cinematic Geographies of Battersea project. 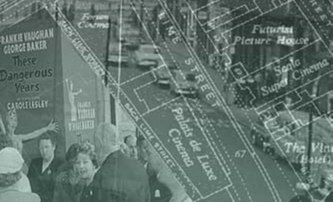 Les Roberts: ‘Locating the City in Film: Navigating the Archive City’
Les Roberts, is Lecturer at the University of Liverpool, and the author and editor of numerous works related to cities and cinema, including Locating the Moving Image, edited with Julia Hallam (Indiana University Press 2014).

Jhoom Barabar Jhoom (Shaad Ali 2007)
Maureen Thomas (Senior Research Fellow, Screen Media and Cultures,
Churchill College Cambridge) is a screenwriter and integrated media
director with a particular interest in the theory and practice of spatially organised narrativity. Former Head of Screen Studies at the National Film & Television School UK and Professor of Cinematurgy, Norwegian Film School, she is a Senior Research Associate of the Digital Studio, Department of Architecture, University of Cambridge, which she co-founded with Professor Francois Penz (www.expressivespace.org).